The Guiding Council is a collection of elected meditation practitioners that lead the sangha in activities and decide upon offerings for the local Flagstaff community. The council members are responsible for coordinating retreats, Monday night sits, help guide activities such as: Mindful Meals; Mindful Tea; hikes; children's courses; book study groups, and answer questions from the community. 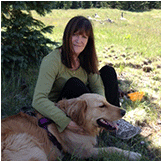 I lived in Flagstaff in the late 1970’s to complete a post-graduate program at NAU. I returned to live here permanently in 1994 with my family. I have been teaching elementary school in the FUSD since then and have loved teaching second graders, since 2001, at Knoles Elementary. I began attending Vipassana meditation retreats in the late 1970’s. My family and I lived at a macrobiotic meditation center with a teacher, Ajahn Dhiravamsa, in Friday Harbor, Washington, for four years. I frequently attend the Flagstaff weekly sits with the Flagstaff Vipassana sangha and many of the retreats sponsored by the Mindfulness Institute. I began serving on the guiding council in 2013. I love my family, home, Hudson, my dog, playing piano, walking in the woods daily, cooking macrobiotic meals, and gardening. 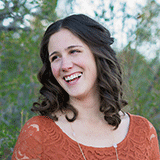 Kyrie has been a Flagstaff local since 1994. She meditated on her own until finding the Flagstaff Vipassana Sangha, and has been a frequent participant in Monday night sits and retreats provided by the Mindfulness Institute since early 2013. Kyrie was asked to join the guiding council late September 2013 and has been a participant ever since. In her free time she loves gardening and knitting; specializes in organic gluten free baking; is an avid reader and up starter of a local book club; and enjoys experiencing the beauty of Flagstaff by getting out hiking and playing disc golf. Kyrie loves meeting new people and appreciates the community that she’s found within the Sangha. 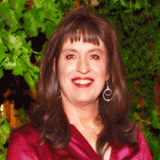 Laura has been meditating since the late sixties primarily on her own in the Zen tradition; in 2005 she began following the Tibetan and Theravada traditions. She arrived in Flagstaff in 1993 and in 2014 she found the Flagstaff Vipassana Sangha. In 2016 she joined the guiding council. She is a retired Physical Therapist having had a fulfilling career with the U.S. Public Health Service. Her hobbies include: fly fishing, skiing, mountain biking, hiking, rock climbing, sewing, and cooking. From a young age she has participated in various martial arts (Judo, Jiu-Jitsu, Karate, and Aikido). While living in Flagstaff she obtained her private pilot license and enjoyed many years of flying in the area. 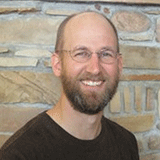 Brian Lesage has practiced Buddhist meditation since 1988 and has taught meditation since 2000. He has studied in the Zen, Theravada and Tibetan schools of Buddhism. He was ordained in the Rinzai Zen tradition in 1996. His training in Vipassana Meditation includes doing extended meditation retreats in Myanmar (Burma), Nepal, and India as well as numerous retreats in the U.S. He leads retreats and teaches meditation courses nationwide. Brian also has a private practice in Somatic Experiencing, which is a naturalistic approach to healing trauma. You can also visit his website for Somatic Experiencing at: www.liberatingawareness.com 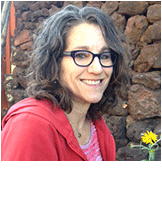 I was born and raised in Mexico City and have lived in Flagstaff since 1989. I had heard of meditation and mindfulness all through my adult life but always from a distance. In November, 2014, I was introduced to the book titled "The Mindful Way Through Depression" and it peaked my interest; I had been searching for tools to help me find internal peace and clarity and the book became the doorway into my discovery of Vipassana meditation. I have attended weekends retreats and regularly attend Monday night sits, meditate at home and have participated in study groups. The greatest, least expected gift for me has been finding a sense of belonging in the Sangha: a community of like-minded individuals from all walks of life, looking for personal growth and self-exploration. I have been in the Guiding Council since February, 2015, and Iook forward to giving back and being of service to our community. 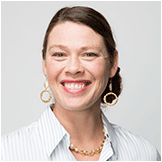 Molly moved to Flagstaff in 1999 and began practicing Vipassana meditation in 2003. She found the Flagstaff Vipassana Sangha in early 2013 and has been regularly practicing and attending sits since. As a busy mother and Realtor Molly does not have as much time to attend retreats as she would like, but fits in a couple weekend retreats each year. She is an exercise and health food enthusiast who loves to support others in creating and maintaining well being. Molly is also conversational in Spanish, keeping up with a Spanish book club and conversation group. Molly loves the compassion and community she experiences as a part of the Vipassana Sangha and aims to give back by participating in the Guiding Council and organizing various activities. 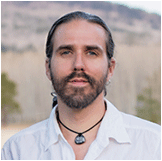 Chris arrived in Flagstaff in 1999. He’s frequently been attending Monday night sits and retreats with the Flagstaff Vipassana Sangha since 2013, and started participating in the guiding council in late September 2013. You could find him outdoors hiking, mountain biking, and fly fishing. Chris is an assistant instructor for a local fencing group and is a co-organizer of an after work mountain biking group. He is interested in philosophy and a greater understanding of the beautiful world we are apart of. Enjoys music, reading, photography, art & design, teaching, discussion, and appreciates the diversity, assistance, acceptance, and learning found within
the Sangha.